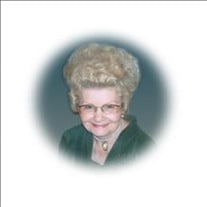 Shirley Graham Ouzts, 90, of Midland, Texas passed away on Wednesday, September 23, 2020 at Midland Memorial Hospital in Midland, Texas. Shirley was born on April 10, 1930 to Carl and Ondiene (Shirley) Graham in West Leechburg, Pennsylvania. Shirley was raised on the family farm in West Leechburg and with her grandfather Shirley's guidance she was instilled with a strong work ethic and appreciation for hard work. Shirley graduated in 1948 from Leechburg High School in Pennsylvania. Shirley loved being a full-time mother, but had to enter the workforce to help support the family. Shirley worked in retail sales during much of her adult life and was proud of the various jobs that she held in that capacity. She worked full-time for a combined 21 years at Sears and Foleys and retired from Sears in Midland, Texas in 1987. After retirement, she was a full-time grandmother, a job she filled with selfless dedication and love. In 1999, she returned to work part-time at Stein Mart in Midland, Texas until 2006. Shirley was a special mother, grandmother, aunt, mother-in-law and friend. She enjoyed her hobby of oil painting for many years, was a follower of politics, loved gardening and cooking. Shirley was a beloved guest in Tip and Brenda Kirwan's home from 2007 to 2019 and the family will cherish her memory. She was a member of Grace Lutheran Church for many years. The family is grateful for the excellent care provided the past year by Dr. Vogel and Manor Park. She is survived by three children, William S. "Bill" Ouzts (Diane), Corinne "Missy" Preston, and Brenda (Tip) Kirwan; three grandchildren, William S. Ouzts, Jr. (Sarah), Thomas Taylor Kirwan (Faith), and Alexander Browne; and her nephew, Chris Carnahan (Suzy). She is preceded in death by her beloved grandparents, William C. "Bill" and Bertha Shirley; her mother, Ondiene (Shirley) Graham-Corne'; father, Carl Leroy Graham and step-mother, Lucy Gilchrist Graham; one sister, Jane Carnahan and her brother-in-law, John; and the father of her children, William R. Ouzts, Jr. Visitation will be held on Wednesday, October 7, 2020 from 10:00 a.m. � 11:00 a.m. at American Heritage Funeral Home in Midland, TX. Funeral services will be on Wednesday, October 7, 2020 at 11:00 a.m. at American Heritage Funeral Home with Robert Pase of Grace Lutheran Church officiating. Burial will follow at American Heritage Cemetery. In lieu of flowers, memorial donations may be made to The Baumann Scholarship Fund at Grace Lutheran Church, Midland, Texas. Arrangements are entrusted to American Heritage Cemetery|Funeral Home|Crematory.

The family of Shirley Graham Ouzts created this Life Tributes page to make it easy to share your memories.

Shirley Graham Ouzts, 90, of Midland, Texas passed away on Wednesday,...

Send flowers to the Ouzts family.