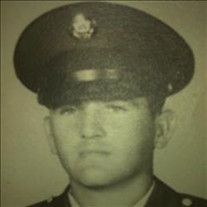 Robert Dee Briley, 77, of Odessa, Texas passed away on January 26, 2022, at his home in Odessa, surrounded by his family. Dee was born on September 5, 1944, to E.L. and Dorothy Lou Briley in Honey Grove, Texas. He is survived by his wife and best friend of 58 years, Judy Carol Briley (Henderson); three daughters, Kimberly Nowlin and husband Robert of Odessa, Angie Cooper and husband Richard of Odessa, and Tonya Sullivan and husband Mike of Odessa; five grandchildren, Nathanael Nowlin, Chase Beauford, Tyler Cooper, Madyson Nowlin, and Mason Beauford all of Odessa; his faithful Boxer Bulldog Ruger, and his grand-dog, Gabby; and five siblings, Mary Dolloff of Seminole, Johnny Briley and wife Treena of Heath, Texas, Willard Briley and wife Sharon of Palestine, Texas, Jimmy Briley of Oklahoma, and Emily Dunagin of Lewiston, Idaho. He is preceded in death by his parents, Dorothy and E.L. Briley, two brothers, Melvin Briley and William Briley, and one sister Faye Reed. Dee was a Vietnam veteran, serving in the United States Army from 1966 to 1968 stationed in Korea and Fort Riley, Kansas during his time in the service. Dee was awarded a Marksman certification as well as a National Defense Service Medal. Upon returning to Odessa, Dee was a life-long member of the American Legion, Earl S. Bailey Post 430, serving in several different roles and offices helping his fellow veterans. Dee worked for Sewell Ford for many years in their parts department before opening his own spring, brake, and axle shop. He also spent many years working in and around the oilfield. Dee enjoyed spending time with his girls, coaching them in various sports through the years. He also spent time coaching his grandchildren in t-ball and basketball as they were growing up. Through all his years, he tried to be a friend to everyone he met. He always had a smile for those he met and a willingness to lend a helping hand. A family viewing will be held Monday, January 31 from 4 to 8 pm at American Heritage Funeral Home and Cemetery on 1788 in Midland. A graveside service will be held on Tuesday, February 1 at 1:00 pm at American Heritage. A celebration of life service will be held soon. The family would like to thank the doctors, nurses, and caregivers who helped care for him the last few years especially Melissa from the Veterans Administration and Mr. Gilbert. In lieu of flowers donations can be made to the American Cancer Society, Alzheimer's Association, or Earl S. Baily Post 430 of the American Legion.

Robert Dee Briley, 77, of Odessa, Texas passed away on January 26, 2022, at his home in Odessa, surrounded by his family. Dee was born on September 5, 1944, to E.L. and Dorothy Lou Briley in Honey Grove, Texas. He is survived by his wife and... View Obituary & Service Information

The family of Robert Dee Briley created this Life Tributes page to make it easy to share your memories.

Robert Dee Briley, 77, of Odessa, Texas passed away on January...

Send flowers to the Briley family.