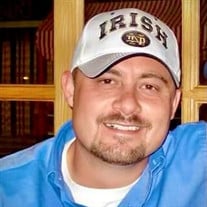 Luke was born in Victoria, Tx, and raised in Odessa, Tx. He attended went to school at Blackshear Elementary, Bowie and Bonham Jr Highs, and Odessa High School. Luke left school at an early age to work and provide for his family. He worked mostly in oil and gas and construction until he found a home in oilfield rental and fishing tools. He excelled in the industry starting from the bottom and working his way to an operations coordinator with Knight Oil Tools. He worked in the industry until disability took away his ability to work full time. He loved professional football, especially the Green Bay Packers. Luke was famous and, in some ways, infamous for working hard. He had a strength that was rare to find. In many cases, he would perform physical feats many thought impossible. Luke loved his close friends and family with an immense passion that could never be replaced. He was a champion for the weak and less fortunate. Though he never had much, he was never going to let anyone go without. Struggle and hardship were no strangers to Luke. He went through many ordeals that would have hardened the hearts of most, but not Luke. He endured to the very end. He always found a way to remain caring and positive in spite of his adversity. To say that Luke was funny is an understatement. His goofy antics and imitations would light up any room and have people laughing so hard they couldn't breathe. He loved the company of good friends and family and it showed every time he was at a gathering. He took great pleasure in others' enjoyment being truly happy in others' achievements. Luke was a character that can never be replaced. Truly one of a kind. He is survived by four children, Madison Rike, Chloie Rike, Chandler Rike, and Dempsey Rike; his mother and step-father, Debra and Robert Jackson of San Angelo; three brothers, Matthew and Julia Rike of Houston, TX, Jody and Emily McGee of Midland, TX, and John and Whitney Rike of Odessa TX; his fiance, Jaime Fuson of Odessa, TX; and his maternal grandfather, Richard Smith of Odessa, TX. He is preceded in death by his father, Mark Sauer, paternal grandmother Kathrine Sauer, and maternal grandmother Darlene Smith. Visitation will be held on Monday, June 21, 2021, beginning at 5:00 PM to 8:00 PM at American Heritage Funeral Home in Midland, TX. Funeral services will be on Tuesday, June 22, 2021, at 11:00 AM.

Luke was born in Victoria, Tx, and raised in Odessa, Tx. He attended went to school at Blackshear Elementary, Bowie and Bonham Jr Highs, and Odessa High School. Luke left school at an early age to work and provide for his family. He worked... View Obituary & Service Information

The family of Lucas John Rike created this Life Tributes page to make it easy to share your memories.

Luke was born in Victoria, Tx, and raised in Odessa, Tx. He attended...

Send flowers to the Rike family.