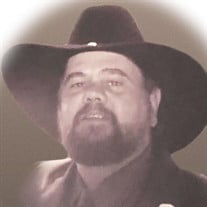 Guy Mitchell Riddle, 66, of Midland, Texas passed away on February 15, 2019 of natural causes, surrounded by family and friends at his bedside. Guy was born on November 30, 1952 to Garlon and Mary Riddle in Anson, Texas. Guy is survived by his wife, Sheila Riddle, of Lewisville, Texas; sons, Chris Riddle of Corinth, Texas, and Larry Riddle and wife Tasha of Midland; sister, Cheryl Kay Henson, of Midland; granddaughters Lexi Riddle of Corinth, Texas, Kathryn Riddle, Kori Riddle, and Kieran Riddle of Midland, one great grandson, Caysen Nolen, of Midland; numerous nieces and nephews, extended family, and friends. Guy lived in some small towns growing up and landed in Midland, Texas. He worked in the oilfield and met Sheila Smith. They married and had two sons, Chris and Larry Dale. Guy was born with a natural, God-given talent of singing. He was named after Guy Mitchell the singer. He could imitate just about any artist you wanted him to and you couldn't tell the difference. It wasn't long before he joined some local musicians such as Norvel, Bruce, Bobby, James, Mike, Joe, and later Emmett, and formed the band Shade Country. They played music for the next 20+ years, on and off together. The band opened for artists such as Gene Watson, Johnny Rodriquez, Moe Bandy, Joe Stamply, Mel McDaniels and many others. They played benefit concerts for St. Judes, MHMR, and all of the causes in between. Guy worked for Clayton Williams for awhile and met Tommy Newsom, whom he made quick friends with. The two went on adventure after adventure for years together, right up until his passing. Guy was preceded in death by his dad, Garlon Riddle; mom, Mary Fuller; stepdad, Kenneth Fuller; and two brothers, Jack Riddle and Chris Riddle. Guy will be missed by all who crossed paths with him and those who called him friend. Most of all he will be missed by those who called him Dad, Granpapa, Papa, uncle, and Guy Ro. A viewing will be held on Friday, February 22, 2019 at American Heritage Cemetery/Funeral Home/Crematory from 6-8 pm. A funeral service will be held at Cotton Flat Baptist Church in Midland on Saturday, February 23 at 2 pm. Arrangements are being handled by American Heritage Cemetery/Funeral Home/Crematory.

Guy Mitchell Riddle, 66, of Midland, Texas passed away on February 15, 2019 of natural causes, surrounded by family and friends at his bedside. Guy was born on November 30, 1952 to Garlon and Mary Riddle in Anson, Texas. Guy is survived by... View Obituary & Service Information

The family of Guy Mitchell Riddle created this Life Tributes page to make it easy to share your memories.

Guy Mitchell Riddle, 66, of Midland, Texas passed away on February...

Send flowers to the Riddle family.