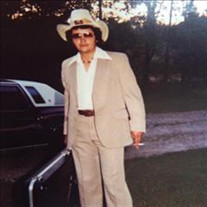 Gilbert Ralph Montes, our loving husband, Daddy, Poppie, brother, uncle, and friend went home to be with Jesus on the morning of February 2, 2022, at the age of 71. Gilbert was born February 5, 1950, in Albuquerque, New Mexico, to Fermin S. and Cirenia Contreras Montes. He grew up in Glencoe, NM, and graduated from Hondo High School as the Valedictorian of the class of 1968. In high school, he enjoyed playing basketball, running track, dancing in the fiestas, serving as a class officer and student body president. After graduating from high school, Gilbert went to New Mexico Highlands University to study music. He joined a local band called The Blue Mist in Las Vegas, NM. Music has been a constant in his life since he was a young boy. At the age of five, he started singing and entertaining in the Hondo Valley Fiestas founded by his parents, Mr. and Mrs. Montes. On November 1, 1969, Gilbert married his high school sweetheart and the love of his life, Maria Torrez, at St. Jude's Catholic Church in San Patricio, NM. From this beautiful union, two children, nine grandchildren, and two great-grandchildren were born. They started their lives together in Mesquite, Texas both working at First National Bank of Dallas Texas. They moved back to Glencoe where they brought their two beautiful children into the world, Gilbert Ralph Montes II and Melinda Marie Montes. In 1972, Gilbert and his family moved back to Dallas, Texas where he continued working at First National Bank and singing and playing his Fender Stratocaster at several clubs with his brother, Bobby, on the drums. He started his seventeen-year career with Sun Oil Company in 1973 which took his family to Tulsa, Oklahoma, Houghton Lake, Michigan, Abilene, Texas, and Midland, Texas. While living in Michigan, Gilbert enjoyed spending time with his family at the lake in the summers, sledding at SnowBowl Hill, traveling to Mackinac Island, Sault Ste. Marie, and Tahquamenon Falls. On the weekends, Gilbert performed at The North Shore Lounge with his band Satin and as a solo artist at The Backdoor Lounge, two well-known clubs in the Houghton Lake area. The owner of the Backdoor Lounge gave Gilbert his stage name "Dallas". After Gilbert and Maria moved to Midland, Texas, he began his twenty-seven-year career with General Fleet Brokers Car Dealership as the business office and collections manager. Gilbert's family is his legacy. He took great pride in sharing stories with neighbors and friends about his family. Gilbert passed down his musical talent to his son, Gilbert, "Gib." The two of them have been playing Tejano, country, and rock-n-roll music together for over 40 years with Gilbert on the guitar or keyboard and Gilbert II on the drums. His family will forever remember celebrating and hearing these two musicians perform together at all the family celebrations throughout the years. Gilbert's daughter, Melinda "Looper," was his side-kick from the beginning. She was a true "Daddy's Girl," and Gilbert always trusted Melinda to give him the best advice and encouragement. From a young age, she was his confidant. She would talk to him and keep him company on the long 48-hour trips from New Mexico back to their home in Michigan. She was his guiding light. Gilbert's soul-mate and the love of his life was his Maria, "Mari". Their love story is one that will go down in history as what true love should always strive to be. When the journey got tough, they leaned on one another. As long as they had each other, they had everything they needed. Gilbert always said the song "Look At Us" by Vince Gill was their song. Gilbert was preceded in death by his son-in-law, Jim Bautista; grandson, Steven Bautista; granddaughter, Sheridan Bautista; sister, Diana Sanchez; his mother, Cirenia Contreras Montes; and father, Fermin S. Montes. He will be lovingly remembered by his wife of 52 years, Maria, of Midland, TX; son Gilbert Montes II and wife Julie of Abilene, TX; daughter Melinda Bautista of Altus, Oklahoma; granddaughter, Stephanie Wimer and husband Corbin of Oklahoma City, OK; grandson, Skylar Bautista of Snyder, OK; granddaughter Georgia Montes, grandson, Isaac Montes, granddaughter, Gracie Montes, and granddaughter, Ashlee Aguirre of Abilene, TX; grandson Jonah Parker Montes of Lubbock, TX; two great-grandchildren Tristan and Rhoslyn Wimer of Oklahoma City, OK; sister Vangie Garcia and husband Tony of Roswell, NM; brother Bobby Montes and wife Gerry of Roswell, NM; and sister Becky Nalley and husband Richard of Aurora, CO. Gilbert will be remembered for his amazing voice, kind soul, friendly spirit, great sense of humor, snazzy style, and his continuous, never-ending love and support for his family. A celebration of life for the family will be planned for a later date. In lieu of flowers, Gilbert desired for donations to be made to his granddaughter's foundation: Sheridan's Sunshine Foundation. "Be joyful always; pray continually; give thanks in all circumstances; for this is God's will for you in Christ Jesus." ~ 1 Thessalonians 5:16-18

Gilbert Ralph Montes, our loving husband, Daddy, Poppie, brother, uncle, and friend went home to be with Jesus on the morning of February 2, 2022, at the age of 71. Gilbert was born February 5, 1950, in Albuquerque, New Mexico, to Fermin S.... View Obituary & Service Information

The family of Gilbert Ralph Montes created this Life Tributes page to make it easy to share your memories.

Send flowers to the Montes family.