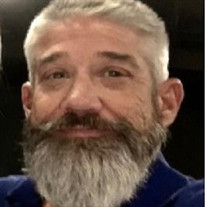 Donnie Wayne Frederick, age 51, passed away Friday, January 24th, 2020 in Odessa, Texas. He was born to Lennie (Frederick) Blair and Arthur Frederick Jr. on April 15th, 1968. He was the youngest of four siblings: Bobby Frederick, Carolyn Santos, and Jerry Frederick. He was survived by his mother Lennie Blair and stepfather Daniel Blair, his wife of 15 years, Kathy Malik, his children Nicol Frederick, Liberty Winget, Dakota Malik, and Katelynn Simmons, brother Bobby Frederick, sister-in-law, Alyce Frederick, sister Carolyn Santos, sister-in-law Tammy Mitchell, and many nieces and nephews and grandchildren. He was preceded in death by his father, Arthur Frederick Jr., and his brother Jerry Frederick. Donnie was very fortunate to have been Odessa College’s Construction Foreman. He began his employment at Odessa College on November 8, 2010. His coworkers say that when he came to work, he gave 200% every day. He was more than a supervisor – he was a mentor. He never asked others to do more than he was willing to do. He led by example. Donnie was an organ donor. In his death, he is giving the greatest gift of life to several others. There is no greater love than he who lays down his life for another. More than anything he loved his family. To Donnie, family was the best thing in the world. He was a true family man. He was always bringing the family together – in the good times and the bad. He was always present, full of energy and full of life. Please join us for a Celebration of Life on Tuesday January 28th, 2020 at 7pm at Odessa Gospel Lighthouse Church located at 4800 NE Loop 338, Odessa, Texas, 79762. Light refreshments will be provided after the service.

The family of Donnie Wayne Frederick created this Life Tributes page to make it easy to share your memories.

Send flowers to the Frederick family.