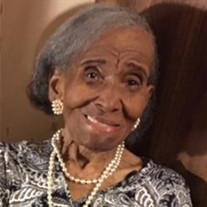 The Journey Began… on a farm in Daingerfield, Texas. It was January 11, 1917, more than a century ago, when Catherine Davis was born. She was the youngest daughter of Eula and Jim Hill. She remembered growing up and working hard. She was raised in Ida Bell, Oklahoma and Henderson, Texas. They had lots of animals and Catherine even had a pet pig named Ruthie. Her family grew most everything they ate and she developed a love for cooking at an early age. She attended public school, but admits that she learned so much from her mom who she loved and admired always. Catherine took her first job as a housekeeper when she was only 18 years old. She was always fun-loving and independent. She said she moved out of her mom’s house and “made her own way”. Her career path would lead her to work in San Antonio, Dallas and even Odessa, Texas. She was fearless and tried her hand at many things…she managed and cooked for a café in Henderson, Texas. At one point, Catherine worked for American Airlines in Dallas in the bakery department. Later, when she was invited by her Aunt, Mattie Willis to come to Los Angeles, California, she did just that. California was it … as far as Catherine was concerned. She moved there at the age of 37 and it became home. While living with her Aunt, their home was often used for voting. Public officials from the community often ate meals at their home and Catherine would cook and serve them food and a healthy dose of her opinion on how things ought to go. She began working as a housekeeper again in the city of Angels and landed a position of employment with the Schoenfeld Family. She reared the first set of children and then went on to work for the family of the youngest son, Alan. Her association with this family has lasted decades. Coco, as she was lovingly called, retired at the age of 91; but the bond that was forged lasted for the balance of her days. Catherine did everything in this life with great enthusiasm. She loved the Lord and was quick to give him praise. She had fond memories of being in the Radio Choir and on the Usher Board at Grace Memorial Church of God in Christ. Later she united with the Open Door Church of God in Christ. She loved her Open Door Church family and has known her Pastor, Rev. Roosevelt Tuggle, Jr., since he was a young boy. While at Open Door, she was well known for her culinary skills. Mother Davis was faithful until her health would no longer permit her to be as active as she desired. Anyone who knew Catherine Davis knew that she LOVED TO TRAVEL. She would not hesitate to pack her bags and in her words, “do like Ray Charles and ‘hit the road Jack’”. She gathered souvenirs of all the places that she traveled, but mostly she gathered memories. The one place that she traveled that she never ceased to talk about was Israel – the Holy Land. She walked where Jesus walked and the joy of having made that trip was something she never forgot. Always adventurous … Although Catherine Davis existed prior to the invention of a toaster or blender; before the roaring 20’s; before Eskimo Pies, Band-Aids or computers, she was never hesitant about trying something new. Her zest for life was tangible and it seemed to be a surprise to her that she would ever be too old to do anything. She never thought that she would be as old as she was and would often laugh and remark that she was, “the oldest old rat in the barn”. A life well lived…came full circle when she returned to the state of her birth in 2017. She had come to terms with the fact that she just might need a little help so she spent the last months of her life enriching the lives of her younger relatives with stories, history and the notion that if you trust God and work hard anything is possible. Cherishing her memory… Catherine Davis was truly unforgettable. Celebrating her life and legacy are her nieces, Leatrice Bolds, Marva Murray (Michael), Sue Roseberry, Ruby Anderson and their families; her Beverly Hills Family Alan and Elisa Schoenfeld, their children and Steven Oppenheimer; her special son D. J. Mebratu Denekew and his family; a crowd of cousins and so many whose lives she touched during her life.

The Journey Began&#8230; on a farm in Daingerfield, Texas. It was January 11, 1917, more than a century ago, when Catherine Davis was born. She was the youngest daughter of Eula and Jim Hill. She remembered growing up and working hard. She... View Obituary & Service Information

The family of Catherine Davis created this Life Tributes page to make it easy to share your memories.

The Journey Began…
on a farm in Daingerfield, Texas. It was January...

Send flowers to the Davis family.