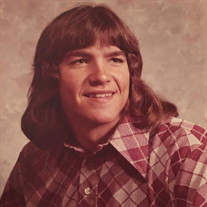 Royce Lynn Smith “Johnny”, 65, passed away on August 6 th at Buena Vida nursing home in Odessa, Texas after a lengthy battle with end stage liver disease with his mother at his side. He was born to Troy and Ida Smith on May 8, 1955 in Tucson, Arizona. He attended Fannin, Zavala, and Cameron Elementary, Crockett and Bowie Junior High and graduated from Odessa High School in 1973. During his illness, many of his hours were spent watching the Texas Rangers. He loved baseball. Glen Rex and The Barn Door were two of the teams he played for as a little leaguer. He received most valuable player for Glen Rex as a shortstop. His true passion was for music mostly country and western and he loved being a part of the Yellow Rose Band as a bass guitar player. Prior to his death, he and Archie Evans were the only two surviving members of the band. He teamed up with his sister, Rhonda, and played local gigs including the Moose Lodge. Rhonda and John shared a love for music, but she was also by his side as his caregiver and best friend. In his last hours, he requested we play country music and of course played his favorite, George Jones. He is survived by his son, Jace Conley, and wife April, his soulmate, Debbie Conley, grandson, Ryder Conley, and granddaughters, Jaycelin Bean and Jordan Terrell, his parents, his brother, Rocky Smith, sister, Robbin Herrington and husband, James, and sister, Rhonda Smith Pyeatt and husband, Scott. He is survived by numerous nieces and nephews, and especially loved his great nieces and nephews, for they always put a smile on his face. When asked about his “wilder days” with the “wild bunch” and visitors to the Sugar Shack, he always said, “I wouldn’t change a thing.” The family would like to thank Dr. Anna Marie Francisco who cared for him for several years. She hugged him at every visit and made him feel so special. The family would also like to thank Dr. Ramanathan, Home Hospice and especially Michelle Hudson, Carol, and Nicole. There is no way to truly thank the nurses at Buena Vida nursing home for they have proven to us that there are angels on earth. Thank you, Naomi Lopez, Oscar Jimenez, Debbie Torres, Myeasha Jessop, Cynthia Rogers, Candy Garza, and Kathy Chavanna, and especially Lanae Tippett for making all of our Facetime calls possible. In his 9 months at Buena Vida nursing home he opened his heart to the other residents by comforting them, getting them coffee, holding their hand, and even played a few tunes on his guitar. They loved his cowboy hats, and everyone knew him as “Cowboy”. He never complained and up until the end said, “I’m doing alright.” A memorial service will be held on Wednesday, August 12, 2020, 4:00 p.m. at American Heritage Funeral Home.

Royce Lynn Smith &#8220;Johnny&#8221;, 65, passed away on August 6 th at Buena Vida nursing home in Odessa, Texas after a lengthy battle with end stage liver disease with his mother at his side. He was born to Troy and Ida Smith on May 8, 1955... View Obituary & Service Information

The family of Royce "Johnny" Lynn Smith created this Life Tributes page to make it easy to share your memories.

Send flowers to the Smith family.