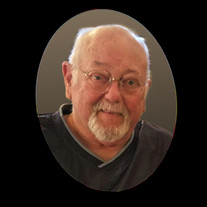 Charles Gronow passed from this life on December 9, 2019 with many of his loved ones by his side. Charles was born January 24, 1937, to Carl J. and Rachel Gronow. He graduated from Gainesville High School and married Jean Lynch. Following graduation, they moved to Denton, Texas where they started a family and he worked as a salesman and attended North Texas State University (NTSU). Following graduation from NTSU, he accepted an instructor position with Vernon Regional Junior College. While in Vernon, he completed post-graduate studies with a Master’s Degree in Education and met and married Frances Kelley. Soon after their marriage, they moved to Midland and Charles joined the staff at Midland College (MC). Following his term at MC, Charles joined the oil and gas industry managing the parts department of Permian Corporation. In 1983, he opened The Automotive Center and eventually joined and managed Big 3 Tire’s automotive center, transitioning to a semi-retired schedule in recent years. Charles was also active in the community and served in various offices including Past President of the South Side Lions Club of Midland. He was also a 32-Degree Mason. Charles enjoyed life… family vacations in Red River on motorcycle trails, fishing, or on the ski slopes, riding dirt bikes with the kids, taking grandkids for sand buggy rides across the dunes, spending boat and fishing time at the lake, and farming his land outside of town. He was interested in many things and he enjoyed the process of learning and building as much as he enjoyed completed projects. In recent years, he developed cooking and baking skills, often surprising family with one of his treats. Charles was preceded in death by his wife, Frances Gronow, parents, Carl and Rachel Gronow and daughter Sherri Mayberry. He is survived by daughters, Elizabeth (Skipper) Boyd of Gardendale, TX, Cindy (Troy) Bowden of Electra, TX, Lynda (Vondell) Woolfolk of Comanche, TX, Susan Gronow of Lindale, TX and son, Bryan (Rhonda) Kelley of Athens, TX. He is also survived by grandchildren, Derek (Maggie) Daugherty, Andrea (Keith) Ketchersid, Brandace (Ryan) Hardy, Stephen Bowden, Kellen (Amy) Woolfolk, Taylor (Brandon) Hall, Bailey Reagan, Jessica (Kaine) Cleveland, Sarah Litrell, Diamond Dusang, Desiree Dusang, Julie Kelley, and Bobby Kelley. Charles is also survived by many great-grandchildren, a sister, Barbara (Dean) Bullard, and many friends. A Celebration of Life Service is scheduled on Saturday, January 18, 2020 at 11:00 am at Crestview Baptist Church, 301 N. Loop 250 West, Midland TX. In lieu of flowers, the family requests that donations be made to Crestview Baptist Church Forward by Faith Bldg. Fund or other charitable organization.

Charles Gronow passed from this life on December 9, 2019 with many of his loved ones by his side. Charles was born January 24, 1937, to Carl J. and Rachel Gronow. He graduated from Gainesville High School and married Jean Lynch. Following graduation,... View Obituary & Service Information

The family of Ottis Charles Gronow created this Life Tributes page to make it easy to share your memories.

Charles Gronow passed from this life on December 9, 2019 with...

Send flowers to the Gronow family.