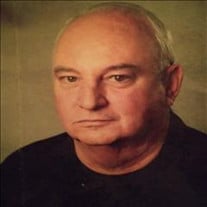 Michael David Kildow passed away on February 25, 2021, surrounded by his loving family. Michael was born July 20, 1962, in Odessa to Jonnie Lee Kildow and Gladys Collins Kildow. He was the ninth of ten children. Michael grew up in Monahans. He earned his Associates's degree in Mass Communications from Odessa College. He attended Texas Tech in Lubbock and then completed his Bachelor's degree from UTPB in 2000. Michael married Betty Diane Hudson on October 6, 1979, in Monahans. They had three children: Ronda Michella, Michael David, Jr., and James Patrick. Michael worked many jobs over the years. His first job was a gas station attendant. He worked in the oilfield until 1983. He then attended Odessa College where he worked as a radio disc jockey. He worked as a cameraman, teleprompter typist, and news director at Channel 7 and Channel 9. He worked for Texas Tech Health Science Center for the last 13 years as an OP Tech. His weekend job was at Home Depot, where he worked for 15 years. Michael and Betty enjoyed rock music and attending concerts. His favorite band was Van Halen who he saw in concert in Lubbock. In '95 he took the family to Colorado to "Rock the Rockies" concert. In '18 they saw Puddle of Mudd at the Wagner Noel. Michael enjoyed playing football in junior high school and was an avid Dallas Cowboys fan. He got to enjoy a Cowboy game in person with his son, James. Left to cherish his memory are his wife Betty; children, Ronda, Michael Jr., and James (Patricia) Kildow; grandchildren, Lillian Kildow, Benjimen Foster, and Kaydence Foster; siblings, Larry (Jo) Collins, Debra (Royce) Holcombe, Kenneth Kildow, Nick Kildow, Johnny (Sherry) Kildow, Gland (Carey) Taylor, Keith Kildow, Teresa (Mike) Graves, and Melissa Hudson; aunts, Kay Prichart and Lois Drumright both of Missouri; uncle Bob Kildow of Florida; as well as many nieces, nephews, great-nieces and nephews, friends and co-workers. Michael was preceded in death by his parents Jonnie Lee Kildow and Gladys Collins and his nephews Kenny Kildow and Alex Pool. A Celebration of Life will be at 1:00 pm on March 17th at American Heritage Funeral Home, 4100 N. FM 1788 Midland, TX. Chris Vore of The Church of Jesus Christ of Latter-day Saints will be officiating. Links for livestream: AH Facebook https://bit.ly/ahFacebook AH YouTube https://bit.ly/ahYouTube In lieu of flowers, donations may be made directly to the funeral home to help defray funeral expenses.

Michael David Kildow passed away on February 25, 2021, surrounded by his loving family. Michael was born July 20, 1962, in Odessa to Jonnie Lee Kildow and Gladys Collins Kildow. He was the ninth of ten children. Michael grew up in Monahans.... View Obituary & Service Information

The family of Michael David Kildow created this Life Tributes page to make it easy to share your memories.

Send flowers to the Kildow family.