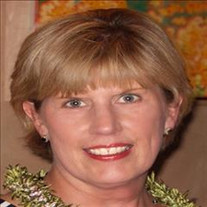 Mary "Mimi" Houser Osbourn, passed away on Tuesday, November 23, 2021 at Orchard Park in Odessa, Texas. She was born in Amarillo, Texas on June 27, 1951 to Anna Mary and John Houser. Mimi graduated from Midland High School in 1969 and went on to earn a Bachelor's Degree in Education from the University of Texas in Austin. After losing her parents, Mimi moved to Ruidoso, New Mexico in 1974 to be closer to her precious godparents, Marshall and Peggy Moore. She became a teller at Ruidoso State Bank, where she met her beloved Lamar "Ozy" Osbourn. Mimi married Lamar in August 1978 and she became a loving step-mom to daughters, Kim and Dawn. Mimi later worked at Con Tel and GTE telephone company in Ruidoso. Mimi and Ozy loved the mountain community of Ruidoso and always considered it home, but returned to Texas in 1986 where they lived in Austin for a short time before moving to Odessa. Mimi became actively involved in the community and worked at Harmony Home as a board member coordinating numerous fund-raising events for abused children. She also taught water aerobics to senior citizens. Both Mimi and Ozy enjoyed great friendships with members of the SouthWest Bank family in Odessa. Mimi loved traveling with her beloved Ozy. They explored the great Southwest on numerous road trips with her brother-in-law Terry Osbourn and his wife Delana. They also traveled to Kauai with their dear friend Buz Browning and loved visiting their daughters in Hawaii and Nevada and traveling to family gatherings in beautiful Telluride and Santa Fe. Mimi and Ozy also enjoyed their daily walks with their "poodle" children. Mimi's positive light shined wherever she went. Her generosity touched everyone's hearts around her. Left to cherish her memory are her step-daughters Kimberly Osbourn Hudson and Dawn Osbourn Nagayama along with her sons-in-law, Rick Hudson and Larry Nagayama and grandsons, James Vance, Garrett Hudson and Connor Hudson. She is also survived by, her sister-in-law, Amy Houser, her nephew Corby Houser, her niece Molly Houser Drought, her brothers and sisters-in-law Terry and Delana Osbourn, Gary and Jana Osbourn and her nephews Jeff and Brit Osbourn. She is also survived by her goddaughter Lauren Browning Farbiak and her sister at heart, Susie Samuels. Mimi is predeceased by her husband Lamar "Ozy" Osbourn, her brother, Robert Houser, her parents and godparents. A memorial service is planned for a future date. In lieu of flowers, please send a donation in Mimi Osbourn's name to any Alzheimer's related charity. Arrangements are under American Heritage Funeral Home of Midland County. To send family condolences, please visit:

Mary "Mimi" Houser Osbourn, passed away on Tuesday, November 23, 2021 at Orchard Park in Odessa, Texas. She was born in Amarillo, Texas on June 27, 1951 to Anna Mary and John Houser. Mimi graduated from Midland High School in 1969 and went... View Obituary & Service Information

The family of Mary Houser Osbourn created this Life Tributes page to make it easy to share your memories.

Send flowers to the Osbourn family.