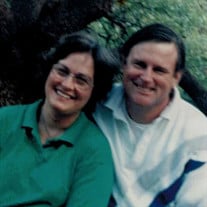 Donna Jean Alexander Templeton graduated to Heaven at Midland Memorial Hospital on Monday, July 30. She waged a brave fight against cancer. She was born on May 20, 1948 in Beaumont, TX, to William Sherwood and Barbara Jean (Gaskin) Alexander. She married the love of her life, Charles (Charlie/Chuck) Clark Templeton, on March 14, 1970 in Aurora, CO. A worship service in celebration of Donna’s life is scheduled for 11 a.m., Thursday, Aug. 2, at the Latter Rain Worship Center, 305 E. 19th St. in Odessa. Burial will be in in Beaumont, TX. Donna was a dear child of Jesus Christ, in whom she believed as the savior of all mankind. Her faith was so strong that she never wavered from it despite life’s turmoils. A lifelong church member and attendee, along with her husband Chuck, Donna always shared her belief with family and others around her. She graduated from Pine Tree High School in Longview, TX, and earned her bachelor’s degree from Stephen F. Austin State University in Nacogdoches, TX, in 1976. She lived in Kansas City with her parents while Chuck served in the U.S. Air Force during the Vietnam War. He was stationed at Bergstrom Air Force base in Austin and in Thailand. She worked for the IRS in Austin and later for the FDIC. They lived in Dickinson, TX in a house they built with the help of Donna’s father She worked as a secretary for two churches in the Dickinson area while her husband worked as a probation officer and then as a college instructor and self-employed tutor. They enjoyed their rural acre size property by harvesting fruit from their trees and vegetables from their garden. Donna and Charlie doted on their nephews and nieces. Donna was especially nurturing to her niece-by-marriage Candace during a difficult pregnancy in 2015. She was joined by Charlie who is a sandwich buddy to special-needs nephew Brian and coffee buddy to nephew Mark. They both especially enjoyed spending time with great-nephew Trevor. Donna is preceded in death by her parents and brother-in-law John Templeton who passed away last month in Sugar Land, Texas. She is survived by her husband Charles of Midland; her brother William Sherwood (Woody) Alexander and wife Sherry of Arp, TX, and their children Kesha, Traci, Theresa, William Bradley and Jacoby; her brother-in-law Bob Templeton, his wife Lois, their children, Mark and Brian and grandson Trevor; brother-in-law, Tom Templeton of Mt. Vernon, WA and his children Keith and Sharon. The family thanks all caregivers at Midland Memorial Hospital and HospiceMidland for Donna’s care. In lieu of flowers, please send donations to China Aid of Midland and/or the Midland College Foundation.

Donna Jean Alexander Templeton graduated to Heaven at Midland Memorial Hospital on Monday, July 30. She waged a brave fight against cancer. She was born on May 20, 1948 in Beaumont, TX, to William Sherwood and Barbara Jean (Gaskin) Alexander.... View Obituary & Service Information

The family of Donna Jean Alexander Templeton created this Life Tributes page to make it easy to share your memories.

Send flowers to the Templeton family.