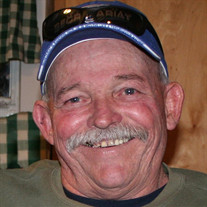 Clovis Eugene Brown, Jr. Clovis Eugene Brown, Jr. left this world on Thursday, January 16, 2020 to join his wife, Kathy, in the loving arms of Jesus. Clovis was born on June 14, 1949 to Clovis Sr. and Doris Brown in El Paso, Texas. He is preceded in death by his parents and his wife. He is survived by his son, Robbie Brown and wife, Cinda of Odessa, Texas, son, Davy Brown of Eaton, Colorado, daughter, Jennifer Hamilton and husband, Bryan of San Antonio, Texas, his sister, Patsy Sperry and her husband, Jim of Greensburg, Kentucky, stepmother, Connie and his half-brother, Thomas of El Paso, Texas. Others left to cherish his memory include 10 grandchildren, 4 great-grandchildren, two nieces, cousins and many dear friends, including his dearest and lifelong friend, Pat Eskew and his wife Kay. Clovis received his Bachelor’s degree in Physical Education from McMurry University. He went on to earn his Master’s Degree in Industrial Arts from Sul Ross State University. He was a passionate coach and Industrial Arts teacher, and a master at woodworking; a talent he passed on to many of his students. Clovis began his career in Austin, TX, where he stayed for 1 year then moved back to El Paso to continue teaching. His career took him to Greenwood, Brady, Snyder, and finally Odessa where he retired from ECISD in May, 2003 after 30+ years in education. In Odessa, Clovis coached Girls Athletics and taught Shop at Ector Junior High and also taught Computer Technology. It was at Ector where he met Kathy, the love of his life. They were married on March 15, 2002 and enjoyed 10 wonderful years together. After they both retired, most of their time was spent traveling. They often went to Ruidoso, Las Vegas, Laughlin, and many other places, and enjoyed cruises together overseas until Kathy went to be with our Lord in April of 2012. A celebration of Clovis’ life will be held at 5:00p.m. on Saturday, February 1, 2020, at New Life Church in Odessa, Texas with Tim Halstead officiating.

The family of Clovis Eugene Brown Jr created this Life Tributes page to make it easy to share your memories.

Send flowers to the Brown family.