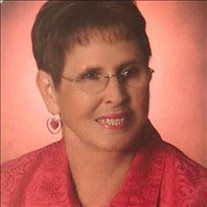 Bobbie Jo (Lightfoot) Thomas, age 85, went peacefully into the arms of Jesus, Tuesday, September 14, 2021, in Odessa with family at her side. Bobbie was preceded in death by her husband, Everett R. Thomas; parents, C.K. and Mable (Dawdy) Lightfoot; sister, Nell Lightfoot; brothers, Richard, Kenneth, and Bill Lightfoot; and grandson, Tommy Thomas. She is survived by four children, Harold Q. Thomas (Teri), Janice Faye Havens (Wade), Ronald Thomas (Trisha), and Donald Thomas (Alicia); eleven grandchildren, Kenneth Thomas (Kimberly), Sarah Havens-McMahan, DeShea Bevers, Ashley Cole (Stephen), Ryan Havens (Shara), Cyle Bevers, Staci Monk (Connor), Brittney Hall (Timothy), Heather Anderson, Shalee Walls, and Shelbi Penn (Mac); twenty-one great-grandchildren, Aubreigh Havens, Braxton Havens, Jaxon Monk, Brantlee Penn, Kynley Cole, Kason Thomas, Kaiden Hall, Jager Monk, Rayleigh Anderson, Nova Bevers, Havynn Penn, Ally Penn, Channing Havens, Kaelynn Walls, Brecken Hall, Kannon Cole, Cashton Havens, Kullen Thomas, Adarah McMahan and Brielle and Bristol McMahan. Bobbie was born in Crane, Texas on September 3, 1936, and was raised in a Gulf Sandhills oilfield camp. She attended Crane's schools and graduated in 1955. She was an avid tennis player in high school and went to the UIL Region 1, Interscholastic Tennis Doubles April 23 rd., 1955, winning first place. As a result, she was offered two college scholarships. Bobbie was married to Everett R. Thomas on June 27, 1958. Bobbie and Everett went on to have four children over a 3.5-year span. They lived in Odessa, TX and she was a stay-at-home mother for most of life. Their home was always open to other children and adults in need of help or just a place to hang out. Bobbie was very active in her children's lives including school and sports. She was head of the PTA, home room mother and carnivals, etc. She was a long-time member of Chapel Hill Baptist Church, where she taught Sunday School/Bible School for many, many years. Her leadership and creativity made her favorite by all peers and students. Bobbie led, as well as, witnessed each of her children accepting Jesus Christ as their Lord and Savior and their Baptisms at Chapel Hill. Thus, her legacy had begun with her children, grandchildren, and great-grandchildren. In 1979, after the children were grown, Bobbie and Everett moved to Lake Brownwood, TX where they owned and operated Mountain View Lodge � RV and Marina until 1992, when her beloved husband passed away after a battle with cancer. The lodge is where many great memories were made with their children and families who visited often. Her favorite times were spent fishing and hanging out with her grandchildren. Bobbie later sold the business but retained many acres around it, where she later built her dream home on the lakefront. Bobbie was a committed member of Rocky Creek Baptist Church. She later fell in love with the game of golf after joining Brownwood Country Club where she spent multiple days per week. The pinnacle of her golfing career was when she made a hole-in-one in a couples' tournament playing alongside her son, Donald. Bobbie spent most of her life cheering on the Green Bay Packers due to Everett being an avid fan. She was able to attend Lambeau Field in 2018, with all her children and their spouses. She continued her football passion and the wearing of green and yellow/gold as she became one of the most passionate Baylor University football fans. In 2013, Bobbie decided to move to Parks Retirement Village in Odessa to be closer to family. While at Parks, she developed many friends and was always the life of the party and the instigator of trouble. This is the place she called home until she went on to be with the Lord. It is only fitting that her funeral be at Chapel Hill Baptist Church where the Christian family legacy began. She will be laid to rest at Pleasant Valley Cemetery next to her husband, Everett, and her grandson, Tommy.

Bobbie Jo (Lightfoot) Thomas, age 85, went peacefully into the arms of Jesus, Tuesday, September 14, 2021, in Odessa with family at her side. Bobbie was preceded in death by her husband, Everett R. Thomas; parents, C.K. and Mable (Dawdy) Lightfoot;... View Obituary & Service Information

The family of Bobbie Jo Thomas created this Life Tributes page to make it easy to share your memories.

Send flowers to the Thomas family.